Have you met Poseidon? Would you like to see Thor’s famous hammer depicted on a coin? Try our coin finder to discover the heroes of yesterday and villains from centuries ago.

LOOKING FOR SOME INSPIRATION? here are some ideas

Greek and Roman gods and goddesses appear as some of the most common coin designs from the ancient world. The great general Alexander may even have included his own facial features on portraits of Herakles which graced his coinage. Instances such as these helped to blur the line between man and god. Certain Roman Emperors favoured particular deities. Domitian (AD 81-96) favoured the Goddess Minerva. Commodus associated himself with the hero, Hercules.

Roman Emperors frequently appeared in military attire on their coins. This was likely an attempt to curry favour with the military, who could make or break a ruler. Occasionally, weapons appear alone on coins. In the case of Boeotia in Mainland Greece, the famous shield takes pride of place on the obverse of distinctive silver staters.

Zeus’ deadly thunderbolt also shows up on various coins from the Greek World. The Vikings issues silver pennies from York featuring swords, which they related to only too well, and honoured the Norse God, Thor, with depictions of his powerful hammer.

Animals have appeared on coins since the earliest issues from the 7th Century BC.  City states in Greece and Asia Minor often used animals as iconic badges of their cities; most famously the Owl for Athens. In later centuries, heraldic beasts were adopted by the monarchies of Europe from the Middle Ages onwards. The horse also appears frequently through history, even to the present day – Saint George is depicted on horseback, spearing the dragon, on the British gold sovereign.

Coins depicting, or issued by, famous figures throughout history are often some of the most popular with collectors. From the Roman period, coins of Julius Caesar, Caligula and Nero are very well collected. Every monarch of England issued coins, and these remain a key collecting area today.

In a similar way to animals, plants began to be used on coins of the Greek world as symbols or badges of the cities which issued them. The Greek word for ‘Rose’ was very similar to the island of ‘Rhodes’ and thus, the flower was adopted as a symbolic motif for the city.

In North Africa, the affluent city of Kyrene chose to depict the Silphium Plant on its coins. This super-plant, which was claimed to have hundreds of different uses (including acting as an Aphrodisiac), was driven to extinction due to its popularity.

Instruments in ancient coinage were usually linked to the Greek God, Apollo. The lyre, or kithara, features on many coins including those from Olynthos in Macedon. The emperor Nero issued a bronze coin featuring himself as Apollo, playing the instrument.

War trumpets were commonly used by Celtic tribes, and these can be seen on Roman coins, which celebrate victory over the Gauls and Germans. The lyre, or kinnor, also appears on coins of the Second Jewish Revolt, and has been described as the national instrument of the Jewish people.

The Romans frequently depicted monumental buildings on their coins. The colosseum appears on an extremely rare brass sestertius of the emperor Titus. Trajan’s column, also still standing in Rome today, featured on coins of the victorious emperor.

The shop fronts of traders appeared on small tokens during the 17th Century and in the 18th Century the die engraver, Skidmore, issued a series of tokens celebrating various buildings and churches in London and the surrounding area.

Receive updates on our latest coins & medals and be the first to hear about our special offers.

Follow us on social media for
unmissable posts and updates…

Coins are classic collectable items that offer the opportunity to own a piece of history. Collecting is a popular hobby enjoyed by individuals of all ages and is also a medium of investment. 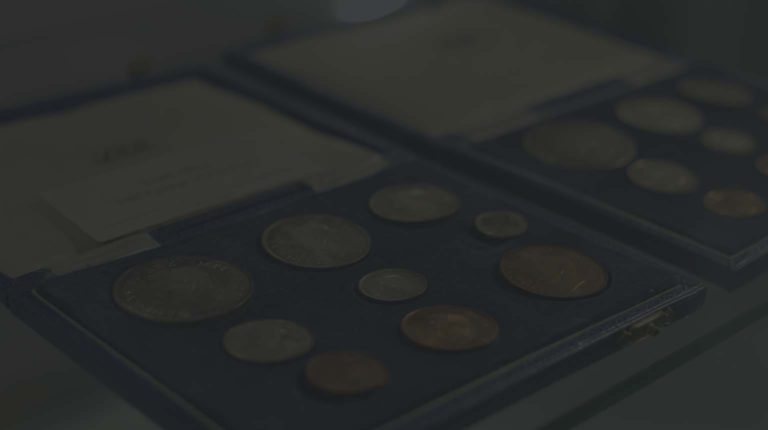 Baldwin’s currently boasts the most comprehensive stock of numismatic material in the UK, updated on a regular basis.
Our specialist team are on hand to advise and examine.